News of the society
The three conferences of May 25, 2021 are available in your member area

Tell el-Iswid: a predynastic site in the Eastern Delta

Tell el-Iswid, in the Eastern Delta, constitutes a reference site for understanding the socio-economic transformations that prevailed during the IVe millennium in the Nile Valley and led to the constitution of a unified kingdom at the beginning of the IIIe millennium. For nearly a century, research on this period focused on the necropolises of Upper Egypt and the Naqadian culture they revealed. The Delta was considered a hostile land, unsuitable for ancient human occupation. This is the research carried out during the second half of the xxe century which brought to light, in this region, sites dating from the XNUMXthe millennial, bearers of a culture specific to Lower Egypt. It is from contacts between these two great cultural groups, whose nature and modalities are the subject of discussions today, that a homogeneous cultural group has emerged throughout the Valley and a political unification. Tell el-Iswid, a layered site that covers the entire IVe millennium, is one of the few key sites revealed in the Delta that are Bouto, Tell el-Farkha, Tell Ibrahim Awad, Kom el-Khilgan. We propose to present a brief summary of 15 excavation campaigns, from 2006 to today.

Recent research carried out on the northern Galâlâ plateau, in the Egyptian Eastern Desert, has brought to light a vast mining complex, dating from the end of predynastic times until the Old Kingdom (from 3500 to 2600 BC. .). It is one of the manufacturing centers for the most important prestigious objects, in particular large flint knives linked to sacrificial rituals. The specialized workshops also produced objects of daily life, such as industrial quantities of blades, transformed into frames for sickles and distributed to consumer sites in the Nile Valley, under the control of a centralized administration. Located along passageways connected to a wider network of caravan trails linking the Nile Valley and the Red Sea, several temporary camps functioned as logistical bases in connection with mining activity. Ongoing research sheds new light on the nature of the installations and on the living conditions in the desert environment of the teams of quarrymen and craftsmen and makes it possible to specify their chronology.

Tell el-Faraʽin / Bouto, a large urban center in the Delta, from the end of the Late Epoch to the beginning of Islam

Located about ten kilometers east of the Rosetta branch, Bouto is, on the scale of the Delta, one of the oldest large-scale establishments and one of the best preserved, whose evolution we follow. from the beginning of IVe millennium in the Byzantine-Islamic era. If Flinders Petrie made a brief visit to the site in 1886, it was especially from the 1960s onwards, under the aegis of theEgypt Exploration Society, then, in the early 1980s, from Deutsches Archäologisches Institut, that the site has actually been explored. Since the end of the 90s, the University of Poitiers then that of Paris Nanterre, supported by the MEAE andIFAO, were welcomed as part of the concession of DAI. The field of intervention of the French mission concerns the evolution of the urban fabric, shortly before the conquest of Alexander until the beginning of Islam.

The conferences of February 26, 2021 are online in your member area:

Bérangère Redon, From the XVIIIe dynasty at the beginning of the Roman period: the revisited history of the site of Kôm el-Nogous / Plinthine in Maréotide

Gaëlle Tallet, Between agriculture and pastoralism: an oasis society in El-Deir (Kharga) facing climatic pulsations in Ier century before our era

The conferences of January 19, 2021 are online in your member area:

Laurent Coulon, The French Institute of Oriental Archeology: news from a young hundred-forty-something

Vincent Rondot, Deprived of its public, the Egyptian Department of the Louvre restores and redeploys. Mastaba News 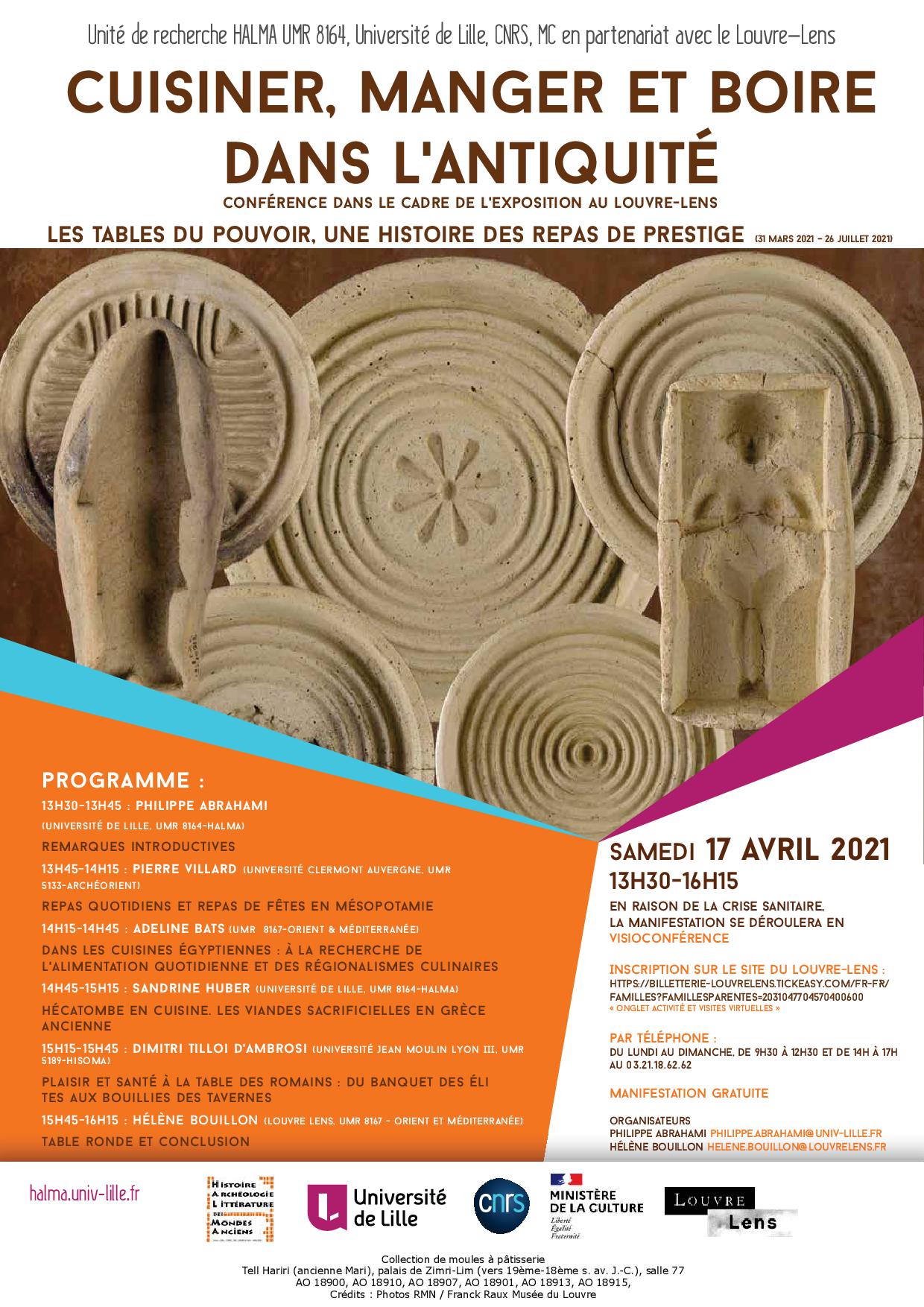 
Beside the Foucher, a Monotype machine melts Latin characters in lead, while a worker inks leaves of hieroglyphics on an antediluvian platinum press.
At a time when offset printing and digital technology reign supreme in the publishing world, the restarting, once a week, of a typographic workshop is a curiosity in the Egyptian capital.
In addition to the heritage dimension, the project will eventually make it possible to initiate "work with calligraphers or book professionals, possibly artists for small prints, using the typographic system", affirms Mr. Gousse.
"The rendering is totally different", he says, specifying that the process makes it possible to obtain "a particular grain for drawings, for example, which may interest artists or calligraphers".
In addition, many researchers are attached to the entirely black hieroglyphics printed in lead, which differ from those, hollowed out, of modern publications.
Founded in 1880, the French Institute of Oriental Archeology allows researchers to study Egyptian civilizations through archeology, history and even philology.
Its director, the Egyptologist Laurent Coulon, sees in the project of restarting the hieroglyphic machine and the typographic workshop a way of "preserving all this history of Egyptology which was created with the Institute and with the printing press.
The library and its some 92.000 volumes is a reference in the world of Egyptology. Today, the center runs 35 excavation sites in Egypt and continues to publish the work of its researchers.
See article "New Republic" of 15/12/2020 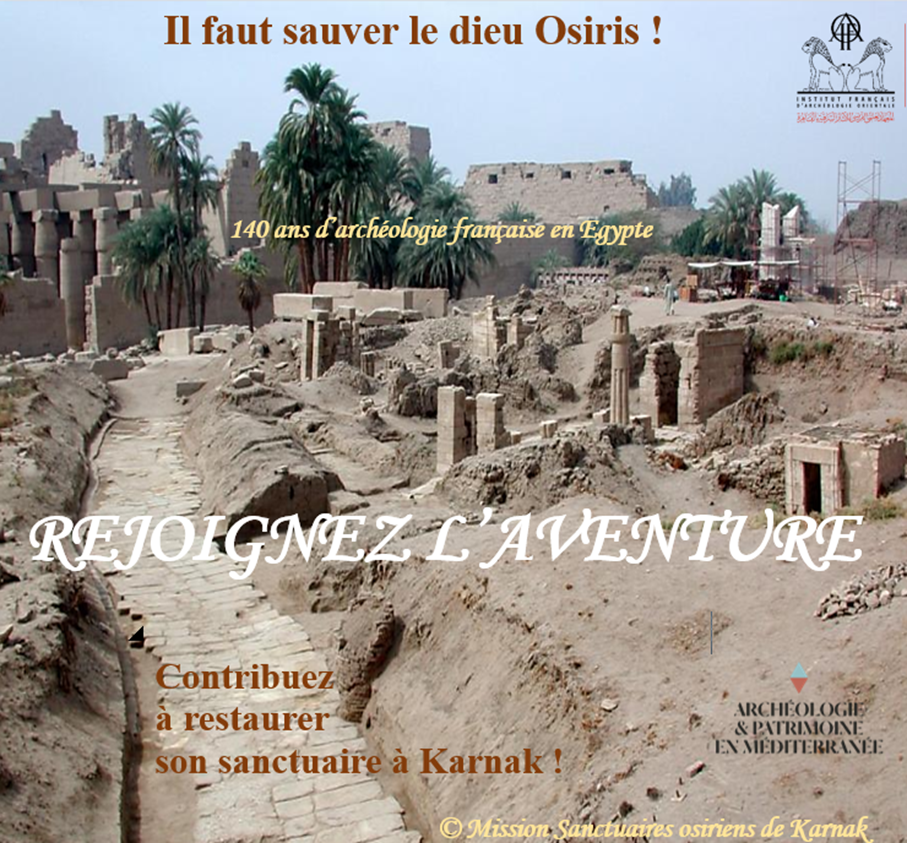 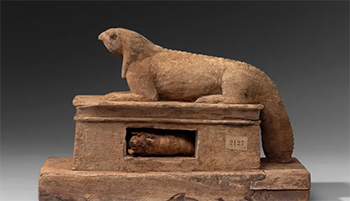 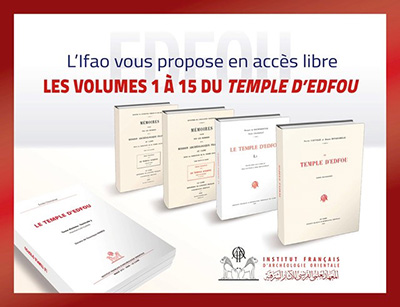 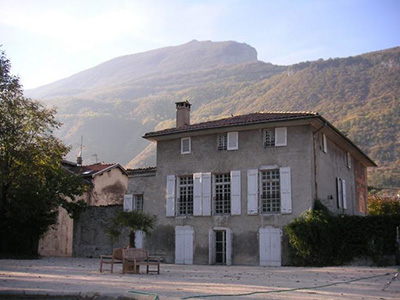 Currently under construction, the museum, created within the Les Champollion à Vif estate, should open its doors in the first quarter of 2021. It will be added to the network of museums in the Department of Isère - for the moment at number of 10 - and will therefore be free for all.The project testifies more broadly to the commitment made by the department to continue the work of memory of the two Champollion brothers - Jean-François Champollion, the famous Egyptologist, and Jacques-Joseph Champollion-Figeac - during the acquisition of the property. family in 2001.The establishment will revolve around three axes: the complementarity and complicity of the two brothers, their research work and finally their contribution to a new science: Egyptology.Thus, in the mansion, a permanent exhibition on the life and work of the Champollion brothers will be presented. In the old outbuildings, temporary projects will extend the visit and offer the public a renewed offer.Outside, the country park and the food garden will be restored in the spirit of the 19th century. Reforested, dressed in flowerbeds and an orchard with local essences, they will contribute to the atmosphere of the country house which the two brothers loved.
At the origins of Egyptology 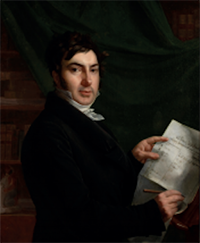 A new tool in Egyptology: a first version of the bAse of data which lists the objects of Coptos preserved in various museums, as well as their bibliography, project carried by Vanessa Desclaux, is now accessible on the site of the MOM: https://coptos.mom.fr/ 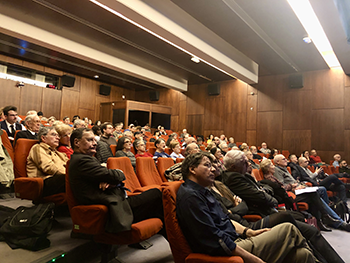 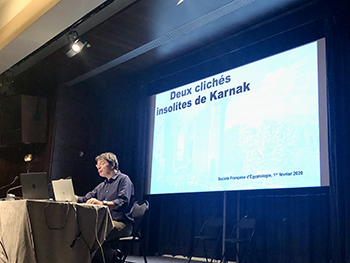 "Two unusual pictures of the temple of Karnak" 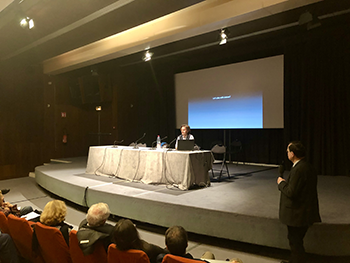 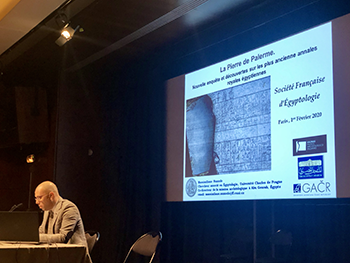 “The Stone of Palermo. New investigation and discoveries on the oldest Egyptian Royal Annals »

LE BSFE 204, second part of the Colloque de Grenoble, is in preparation

Come and discover our collection of photos and our slideshow

No exhibition visit planned in the coming weeks, of course ...

But: it will not have escaped your notice that many virtual tours of exhibitions and archaeological sites are accessible to internet users on the web pages of the Louvre School, the Grand Palais, Géo ... and many museums!

😊You can now send us your changes of address, email and phone number, by clicking here