La RdE 70 has just been released! 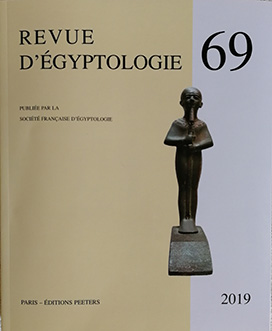 She succeeded in 1933 at Collection of Works on Egyptian and Assyrian Philology and Archeology edited from 1879 to 1923.

La Review of Egyptology is the oldest review in France devoted to various aspects of the civilizations that have succeeded in the Nile Valley, from prehistory to the Christian period. History, archeology, art history are treated in articles in French and English, in German, even in Italian, followed by a brief summary in French.